“Engineering the gender gap: Fall of Women’s Share in Computer Science”[View In Dropbox]

Abstract: This paper explores the formation of gender norm in academic preferences, and show how this norm constrains women’s allocative ability to choose computer science. I hypothesize that the historical development in women’s education contributed to the gendered preferences in college major choices. As an example, I document that the curriculum of home economics, a female college major created in the late nineteenth century, correlate with women’s contemporary tendency to major in psychology, chemistry, biology, and public health. Broadly speaking, the development of women’s education is rooted in the traditional gender roles. The scientific fields that found domestic applications became a part of women’s normative education choice set. To show that this norm still influences women’s major choices today, I study the gender assortment in computer science (CS). I take advantage of CS’s multiple identities, some farther away from the gender norm than others. Using a novel panel dataset on university hierarchy from 1980 to 2010, I find that the percentage of women earning CS bachelor’s degrees decreases when the CS department moves from colleges of liberal arts and sciences to the traditionally masculine domain of schools of engineering.

Abstract: In the latter half of the 19th century, America experienced a significant expansion in its collegiate infrastructure. By 1890, more institutions of higher learning existed in the United States than all of Europe. In this paper, we study the role of denominational competition in the market provision of higher education. Specifically, we document nearly all colleges established in this time period had denominational roots or origins. The empirical analysis reveals a robust positive relationship between an area’s religious fragmentation and the number of colleges established locally. We argue that denominational affiliation facilitated enthusiasm to build colleges through gains to differentiation from standard Hotelling channels. We formulate a model of school choice to find evidence that denominational affiliation softened the extent of tuition competition and mediated an “excess” entry of colleges. We conclude by showing that the higher equilibrium quantity of schools, associated with an increased entry, had a persistent effect on institutional quality; thus, religious diversity precipitated educational investment.

A surprising beginning, especially considering that Viki had this one under “romantic comedy,” and I can’t imagine what they were smoking.

The 73 episodes were a surprisingly easy inhale.

Also Ming Lan is A BOSS!

That ass kicking I wanted? Got it.
The character focus I was expecting? Got it.
The clever, resourceful badass little girl in the beginning of the drama who wanted justice? GOT HER BACK!
Continue reading →

This is totally a Chinese “Sense and Sensibility,” with some “Pride and Prejudice” and “Northanger Abbey” thrown in. LOL. Well, not really, but it has that same sort of feel!
Continue reading →

May I just say how much I love this child?

This drama sure is taking its time getting started. Though the title is “Story of Ming Lan,” Ming Lan appears in maybe 10 percent of each episode, if that, and so far has no active role in any of the conflicts and crises around her.
Continue reading →

A promising start! Not sure what it is about or where we are going, but so far a lot of it is going right for me!
Continue reading →

Zhao Li Ying, aka Zanilia Zhao, is a prominent Chinese actress. In 2006, Zhao participated in and won the “Yahoo Search Star Game”.
Zhao made her acting debut in 2007 in the family drama “Golden Marriage”.
In 2013, Zhao’s breakthrough role was in “Legend of Lu Zhen” as Yu Wu Xin. The drama was a hit in China,  South Korea and Japan, leading to her increased popularity.
She then went on to star in “Boss & Me” and “Journey of Flower”. In 2017, she had a memorable film role in “Duckweed” and the drama “Princess Agents”. She ranked 4th on Forbes China Celebrity 100 list in 2017. Here are “Zhao Liying: 10 Best Chinese Dramas You Should Watch” 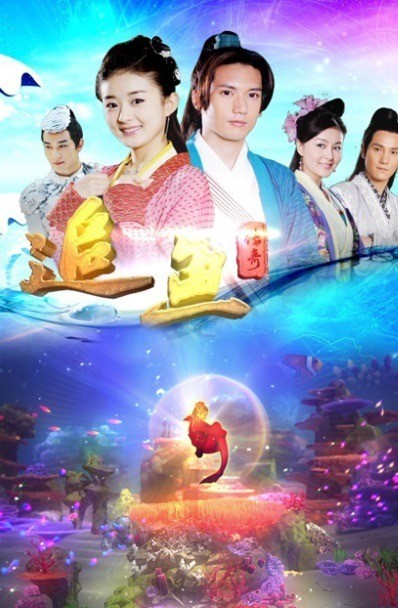 Synopsis: Hong Ling is an optimistic and naive mermaid that lived under the ocean. She embarks on a journey to the human world to find a birthday present for the Sea King. During this journey, she meets a young boy and receives his help with choosing a present. Unfortunately, her present upsets the Sea King and Hong Ling is sent to the human realm to repent for her wrong doing. The journey initially began for something simple, but Hong Ling falls in love with a human boy and her small actions have much larger consequences than she ever imagined.

Synopsis: The Zhu sect has been a powerful and righteous leader in the martial arts world for quite some time. To save the world from the evil that is Lu Pao (Nicky Wu), the sect leader of Zhu places a magical blood stone inside the body of our hero, Ding Yin (William Chan), in order to enhance his already gifted talents. As a result, Ding Yin stays at Zhu Mountain, working on building and controlling his powers. In a chance encounter, he meets Lu Pao’s daughter, Yu Wu Xin (Zhao Li Ying), who is the spitting image of his deceased wife (Xiao Yu). They initially use each other – she wants to steal the blood demon, and he wants to use her to get to her father. Unfortunately, proximity brews feelings and complicates everything else. Things build up to many majestic battles between the good and evil sects involving betrayal, sacrifices, and deaths. 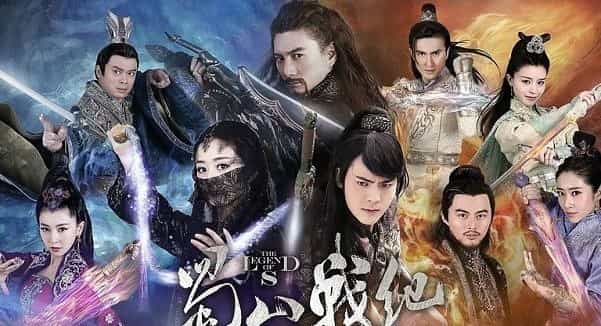 Based on Gu Man’s very popular internet novel, the story tells of a kind-hearted young girl named Xue Shan Shan (Zhao Li Ying) who works at a big conglomerate. However one of her weaknesses is eating, she loves to eat, and so upon discovering this her boss, Feng Teng (Zhang Han) decides to intentionally fatten her up; she just so happens to share the same blood type as his sister, and thus has the motive of making her the blood donor. Hence comedy ensues as she melts his heart with her exceptional appetite and her cute char 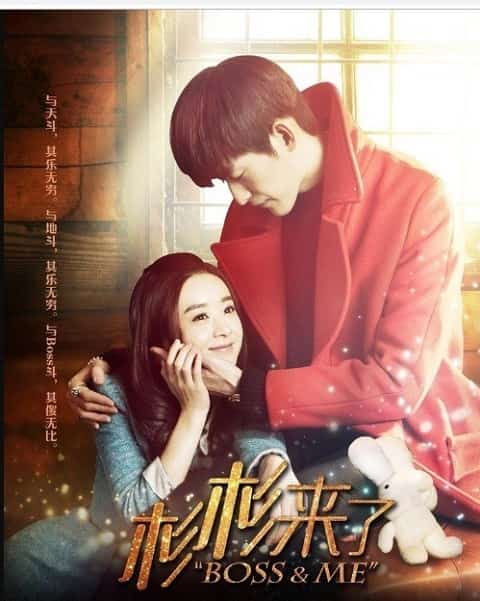 Our Glamorous Time is a 2018 Chinese television series based on the novel of the same name by Ding Mo. 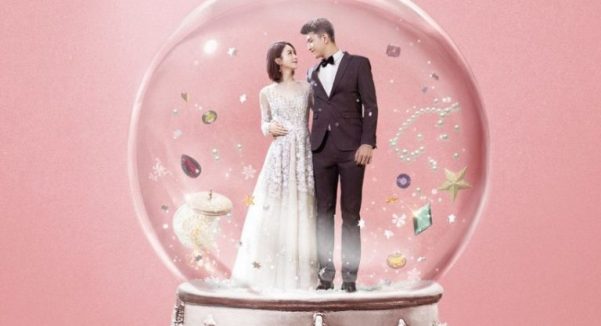 Synopsis: The drama will revolve around the romance between young white-collar worker Lin Qian and former military officer turned CEO Li Zhicheng. Lin Qian has the brains and the enthusiasm, but has been unsuccessful in all her ventures so far. Li Zhicheng’s family business is on the verge of bankruptcy, and he returns to the corporate world in an effort to reverse the situation. Lin Qian ends up helping Li Zhicheng revive the company, and they fall in love with each other in the process

Synopsis: As the start of WWII draws near, Lan Rouge, a young dilettante and student in Shanghai, is recruited into the world of espionage in this historical fiction series. Using unusually acute perception and intelligence, she aids the Chinese underground resistance against Japanese imperialism. This comes at the expense of her personal friendship with Manna Feng, who works with the Japanese to try to get revenge on Rouge for the death of her parents. As Rouge bgins increasingly dangerous missions, Feng rises to leadership within the Japanese secret operations division. 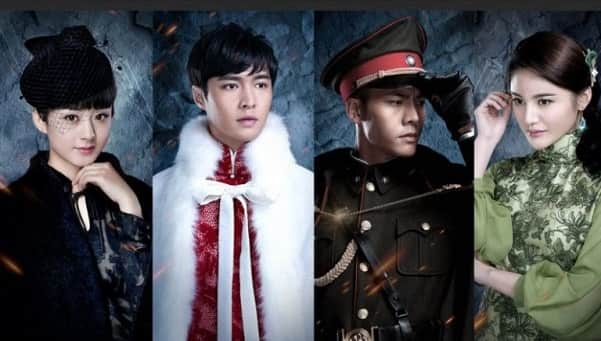 Synopsis:  The drama is a prequel to The Lost Tomb in which the story focuses on the exploits of the nine grave robbing families in the 1940s. With the help of his friends Fortune Teller Qi Tie Jue and Opera Singer Er Yue Tou, General Zhang Qi Shan entered into a strange mine to discover a mysterious ancient tomb. After many untold dangers, he uncovered a Japanese plot to kill the residents of Changsha city. The men banded together to stop the Japanese’s plot, thereby saving their city. 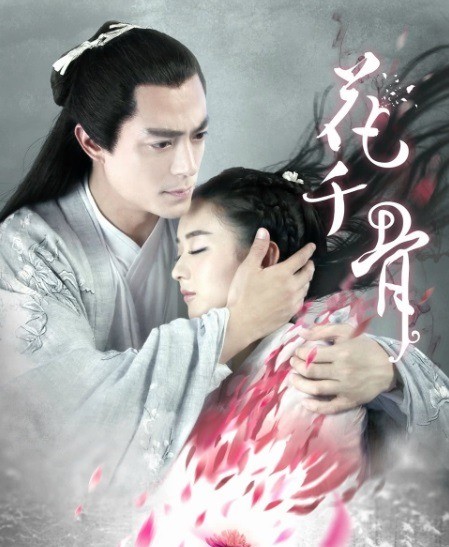 Synopsis: Based on the novel by Fresh Guo Guo, tells the story of Hua Qian Gu, on the day of her birth flowers wilted and the skies turned dark as her mother passed during child birth. Her father past away when she turned 16 years old. Before he died, he advised her to learn some skills in order to help her survive as it appears that she has the strange ability to lure demons and other worldly creatures through her scent.

She heeds her fathers advice and heads to Mount Shu, where it is said there are people who are experts in dealing with demons and other creatures. However, upon reaching Mount Shu, her journey is stalled when she witnessed the death of the leader of the sect. Thus Qian Gu heads to the Chiang Lu sect to seek for help. There she meets Bai Zi Hua, the most gentle yet cold-hearted man, who becomes her teacher, mentor and lover. Besides Bai Zi Hua, are Dong Fang Yu Qing who cares for Qian Gu’s safety and Sha Qian Mo who is the leader of the demon realm, that are also romantic interests of Qian Gu.

The drama is also directed by Lin Yu Fen who has previous dramas such as ‘Da Mo Yao’, ‘Bu Bu Jing Qing’ and ‘An Angel’s happiness’ to his credits 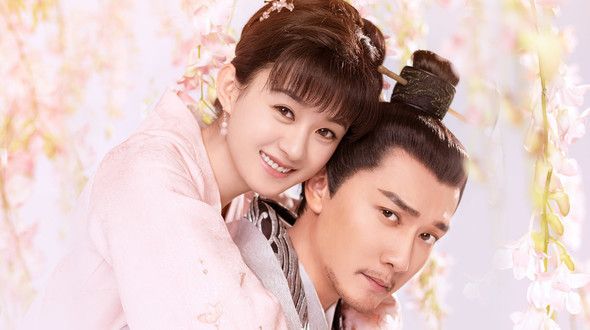 Synopsis:The Story of Ming Lan  follows Sheng Minglan as she progresses from the unfavoured sixth daughter of an official to the wife of a powerful noble. After being mistreated by  her father’s first wife and annoying half-sisters, Minglan learns to hide her skills and true intentions, and ultimately succeeds in avenging her biological mother’s death. Gu Tingye is seen a a hedonistic and pleasure-seeking noble, though he later decides to turn over a new leaf by becoming a trustworthy official of the eighth prince, and eventually earns Minglan’s affections. 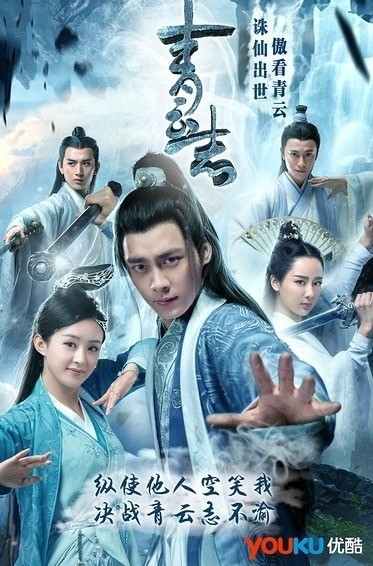 Synopsis: Zhang Xiaofan’s entire village is massacred, and he and his good friend Lin Jingyu are adopted by the righteous Qing Yun Sect. Zhang Xiaofan lacks the skills to become a skilled cultivator, he is treated kindly by his fellow disciples and teachers. One day, he acquires a magical weapon which allows him to become a strong cultivator. By chance, he is able to learn the skills of the Heavenly book, and becomes the first person to possess cultivation from Fu (Buddhist), Dao (Taoist), and Mo (Heretics). He meets and falls in love with Bi Yao, the daughter of the Ghost King, leader of the demon sect, but their love faces numerous hurdles as the tension between the righteous sects and the demon sects intensifies.

Synopsis: The story seems to be your typical cliche story of a young person who suffers from tragedy and you follow him as he grows and matures and develops. I like how they got both Zhang Xiao Fan and Lin Jin Yu to suffer from the same tragedy and you can see how the two people develop differently giving you a comparison giving you a feel of the main antagonist. Through out the whole series you can see how Zhang Xiao Fan changes and become more mature

Show your love & vote below.

2015Love Yunge from the Desert

2015The Journey of Flower

2014The Romance of the Condor Heroes

2010The Dream of Red Mansions

2010The Firmament of the Pleiades

Contact with a man, in turn, takes place more calmly precisely because of the less excitement. Any young man already knows everything that is possible. And letting go of your virginity with your classmate becomes almost preferable. Another man will never concentrate on the lack of an erection or the lack of confidence of a partner, since he.

Himself perfectly represents all this.

Zhao Liying is seen leaving with her personal assistants😎😎😎

Stupid trick, right ???) "Girl. " he uttered this word in such a mysterious voice. my head was just spinning.

From a distance it was difficult to. Determine who it was, man or woman. I got up and began to peer into this silhouette.