Libraries working to increase availability of ebooks, other digital materials as demand skyrockets

Kim MacEachern, 63, has been a patron of the Phoenix Public Library for decades but has been primarily using its ebooks for the last several years.

Within the last month, though, she's been one of many who have to use ebooks as a result of the closure of libraries across the Valley due to the coronavirus outbreak.

She recently bought "The Library Book" by Susan Orlean because of a 20-week wait through the Greater Phoenix Digital Library, but added that that sometimes happened even before the virus hit, with MacEachern adding that popular books have always been difficult to come by at the library.

"I know it's a tough balance for them to make, and no one is ever going to have unlimited resources to give everyone what they want, but I'm willing to share with everyone else and just wait if it's a reasonable amount of time — if wait becomes unreasonable people are going to stop using it," she said.

And that's something libraries across the Valley are trying to avoid, devoting more funding and other resources to digital materials to keep their users reading, learning and entertained as they stay at home.

All Phoenix Public Library locations and book drops closed on March 16, with the library extending its borrowing period and waiving due dates until further notice.

Ebooks have always been popular among Phoenix library patrons, but staff are now especially focused on working with vendors and the publishing industry to get more titles and more copies of titles, said Lee Franklin, the library's community relations manager.

She noted that the use of the TumbleBookLibrary, a digital children's picture book collection, has doubled since the library's physical locations were closed.

The library has increased the number of titles people can check out as a time, as well as the length of time people can stream certain products like movies or videos, she said.

She added that the Greater Phoenix Digital Library, powered by OverDrive, has been steadily increasing its collection of books, magazines and other resources.

Franklin offered several recommendations for what to do if the ebook you want is not immediately available from your local library, saying first to "not be daunted" by a long wait.

The Phoenix Public Library recently rolled out a feature that allows users to check in an ebook if they've finished it before the end of the 14-day borrowing period, meaning a book could get through the line quicker than estimated.

FOR SUBSCRIBERS:Inside the corner market that's 'like a security blanket' for one Phoenix neighborhood

She also recommended that users navigate to the "Best ePicks" section on the library's website, which features recommended ebook and audiobook titles that are available for checkout onAxis 360, a platform for digital content.

The page is frequently updated and often includes recent or high-demand titles, which may include the book you're looking for. As of April 17, available titles included Colum McCann's critically-acclaimed new novel "Apeirogon," as well as high-interest reads by people such as Oprah Winfrey and kidnapping survivor Elizabeth Smart.

If you're not able to find the book you want and have to get on a waiting list, Franklin said there are plenty of other free resources to be found on the library's website to pass the time.

They include Kanopy, a streaming service for popular movies and videos, as well as Flipster, which Franklin said offers "almost every magazine you could think of."

Additionally, library card holders can take advantage of music streaming, research databases and online classes that teach everything from cake decorating to the history of the Salem witch trials.

Electronic resource borrowing at the Glendale Public Library, which closed its doors March 17, increased 15% between February and March, according to chief librarian Michael Beck.

The funding went to services such as Hoopla, which offers resources such as ebooks, movies and music. It allowed the library to bump the Hoopla borrowing limit from five to 15 titles, Curley said. Hoopla also has a simultaneous use feature, meaning there's never a wait for materials.

Beck said the library also devoted more resources to promoting all of the digital resources it offers to help people stay entertained and educated as they stay home.

"It's been an opportunity for creativity, for sure, and I think all the staffers are rising to that," she said.

The library also offers a service called Brainfuse, which provides live tutoring for every grade and subject from kindergarten through college. Brainfuse also provides resume services and other job search resources, and is available from 1 p.m. to 10 p.m. daily.

It also created a separate page on its website, called [email protected], which rounds up all of the resources available to its users and includes everything from books to databases and online events.

Glendale library users have been responding well to the changes, Beck said, adding that a book club for adults that typically would have garnered eight to 10 people in person had 176 people online.

He said that that is a sign that the virtual offers are perhaps making the library more accessible and appealing to people who were not as engaged with its in-person offerings.

It also has a writer-in-residence program that has traditionally been in-house, but is moving to an online format this year, Curley said.

The Mesa Public Library between mid-April and mid-March saw a nearly 50% increase in traffic to the part of its website that holds digital resources, according to Cherise Mead, a librarian who also handles marketing for the library.

Though that number doesn't necessarily mean all of those people followed through with actually borrowing materials, it does show a huge increase in interest for digital library resources, with Mead adding that around 700 people have applied for digital library cards since the closure of its physical locations.

She said the library, which closed starting on March 16, is "definitely" adding more content to its ebook and audiobook collections to match the demand.

It's also been devoting more resources to Miss Humblebee's Academy, a kindergarten readiness program that's been seeing more traffic as many parents take on a new role as homeschool teacher, Mead said.

Additionally, she said the library offers customized reading lists for users, who could request a list of books in a particular genre or theme that are currently available. That service, called Your Next Great Read, has also seen a spike in usage, Mead said.

Librarians have also been working to film story times and create mini-lessons for children, which includes an ebook, music and activities revolving around a certain theme.

That's happening as librarians and other library staff work to prepare for a reopening, that they hope will come sooner than later.

"A lot of people are doing a lot of work behind the scenes to make sure we're doing as much as we can now and then ready the second we get the all-clear," she said.

PHOENIX, AZ -- (MARKET WIRE) -- November 13, 2006 -- Phoenix resident Mitch Haws reads books anytime, anywhere -- in line at the bank, while waiting to pick up his child or buying groceries. Haws always has several books in his pocket. No, he doesn't wear baggy pants with big pockets. He checks out his books from the library and carries them on his Personal Digital Assistant (PDA). Haws is a patron of the Greater Phoenix Digital Library, http://phoenix.lib.overdrive.com, which will celebrate its grand opening at Burton Barr Central Library Pulliam Auditorium, 1221 N. Central Ave. "Libraries always strive to have something for everybody in the community. With this downloadable collection, library users are able to conveniently access materials online and electronically take it with them -- a true my library, anywhere, anytime concept," said Toni Garvey, Director of the Phoenix Public Library, "and we are thrilled to see other libraries join Phoenix to provide this new service." Library patrons of the Greater Phoenix Digital Library can download audio books, eBooks, music and videos to their Windows-based PC, laptop or portable device. The digital titles are automatically returned at the end of the lending period, so patrons will never accrue late fees. The grand opening event will kick off a week-long program for the Greater Phoenix Digital Library. Patrons from all participating library systems who download digital media from the digital website will automatically be entered into a drawing to win an MP3 player from OverDrive, Inc., the digital media provider from Cleveland, Ohio. The program will also include demonstrations on downloading digital media. Two years ago, Phoenix Public Library started providing downloadable eBooks and audio books by OverDrive. Recently, Ms. Garvey took the initiative to organize a consortium of Phoenix metro libraries. The participating libraries include the State Library and public libraries in Apache Junction, Chandler, Glendale, Peoria, Phoenix, Scottsdale and Tempe. Through the consortium each library is able to reach more users, and increase funding for the purchase of digital content, including classical and jazz music and educational videos. The video collection will soon expand and also offer film classics and IMAX movies. 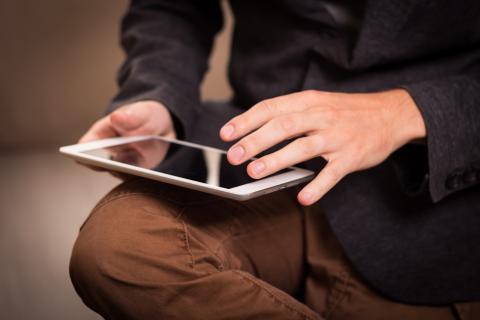 This event has been cancelled.

Learn how to use the Libby and Overdrive apps to download ebooks and audiobooks from the Greater Phoenix Digital Library to your smartphone or tablet. Please bring your device, email address, and password. If you are using a Kindle, please bring your Amazon account information.

Natalya barely waddled after me. I quickened my pace. Seryozha. Wait!" - I heard her voice. - "Wait.

We can finish this with you, "Natasha said and lay down on the shelf. The flaps of the robe parted and girlish charms opened up in front of the young man. I want you from behind, - only Ivan could whisper.

She even scratched me with her claw-nails. Here is a bitch. Slap you again in the face.

Com - you sit at work at the computer, immerse yourself in the situation described in the story, blood spurts in your head. The penis fills with blood, but cannot fully turn around in tight trousers, and then - voila, you go to the toilet and wipe the sperm with toilet paper from underpants, until moisture came out as a stain on the pants.

Paradoxically, at the same time, literally a minute later, I felt that this is not real excitement, nevertheless, it raises a wave of sperm preparing to splash out towards the end of my weakly erect penis. And there is nothing strange - I always have this with a new woman - she can suck a stone penis for half an hour, and at least that, but it is worth immersing the trunk in a new vagina for him, as he immediately seeks to pour out, as if afraid not to miss the opportunity to inseminate another woman.