Survival of the fittest suddenly has taken on new meaning in the Spokane Valley.

The country’s two largest pet supply chains are setting up shop just blocks from each other - and near at least four smaller pet stores.

PETsMART and Petco are the most ferocious competitors in the dog-eat-dog world of pet supplies, bringing fear to some smaller stores.

PETsMART is the leading retailer of pet supplies in the country. A huge warehouse-type store with departments for everything from fish to reptiles to small animals, the 25,000-square-foot store will be built on the east side of Safeway, east of Sprague and Evergreen. PETsMART also offers in-house veterinarian service, grooming and vaccinations.

The Phoenix, Ariz.-based chain has more than 250 stores in 31 states and the District of Columbia. PETsMART reported more than $600 million in sales for the fiscal year ending January 1995.

Though No. 2 Petco’s sales and store size are smaller, the company has a few more stores than PETsMART, including two already open in Spokane. The 12,500-square-foot store is under construction in half of the former Bingo hall on the northeast corner of Sprague and Sullivan.

“We compete directly with PETsMART in every city we’re in, so that’s nothing new,” said Craig Walker, Petco’s vice president of advertising. Petco also will offer vaccination and grooming in addition to pet supplies.

The San Diego-based company plans to have 260 stores in 13 states and the District of Columbia by the end of 1996. Petco reported $188 million in sales for the fiscal year ending in January 1995.

Neither of the two chains sells dogs or cats, but both sell birds, fish and some small animals.

Like many large retailers, PETsMART and Petco can use increased advertising and volume-buying to corner the market on the most profitable items, making it tough for smaller retailers to compete.

Kitty-corner and across the street from PETsMART is Evergreen Pet Shop, a family-owned business on 8,500 square feet. Though Evergreen has somewhat of a niche with its large stock of live animals including dogs, cats, exotic birds and fish, the owners are preparing themselves for PETsMART’s arrival.

“We’re concerned about it,” said Curt Nerger, a spokesman for Evergreen. “We’re taking a look at some stores across the state that are in the same situation.”

Evergreen is planning to reexamine their stock and possibly phase out items that don’t sell as well, focusing instead on name brands, Nerger said.

Similar to the approach taken by general-merchandise stores that compete with Wal-Mart, Nerger and other local pet store owners say they’re counting on experience and the personalized service they offer to carry them through.

“The bottom line is we feel that it’s service, with the knowledge of the people we have and the years in the business,” Nerger said.

“Pets are not a ‘mart’ type of thing. It’s more personal” Flanary said. She said, however, that she feared smaller pet shops would be hurt by the arrival of the “big guns.”

Small stores aren’t the only ones concerned.

Jay Allert, president of AslinFinch Feed Co., said he’s considering remodeling or expanding the company’s Valley site. Though Aslin-Finch has wholesale feed and manufacturing operations, the company relies on its three retail locations for a substantial portion of its revenue. The Valley site is on Sprague between the under-construction Petco and PETsMART.

Allert is more worried about PETsMART than Petco.

Give directly to The Spokesman-Review's Northwest Passages community forums series -- which helps to offset the costs of several reporter and editor positions at the newspaper -- by using the easy options below. Gifts processed in this system are not tax deductible, but are predominately used to help meet the local financial requirements needed to receive national matching-grant funds.

Get the day’s latest Coronavirus news delivered to your inbox by subscribing to our newsletter.

Be the first to see new Pet Store jobs in Spokane, WA

By creating a job alert, you agree to our Terms. You can change your consent settings at any time by unsubscribing or as detailed in our terms.

PetSmart is the world's largest pet supply and service retailer, offering over 10,000 products in each store to meet all of your pet's needs. Did you know that this location offers pet grooming and training services?...

Due to COVID-19, hospital hours may vary. Each VCA hospital has health and safety protocols in place based on health care best practices as well as state and local guidance and regulations. These may include, but are not limited to, curbside check-in, health screenings, temperature checks and soc...

Keeping pets and people safe is our top priority. COVID-19 may affect hospital hours, scheduling and services at some locations. Please know we are doing our best to minimize any inconvenience and thank you for bearing with us — please call ahead so we can ensure your pet’s needs can be met and a...

The Yuppy Puppy, LLC. in Spokane, Washington, is a local pet store and so much more. Inside our walls, you’ll find a self-service dog washing facility, grooming parlor, and holistic pet foods and supplements as well as the brightest, most fun day care on the Northside!...

Ready to ride? Get a fare estimate

Sample fares are estimates only and do not reflect variations due to discounts, traffic delays or other factors. Actual fares may vary. You agree to pay the fare shown upon confirming your ride request. If your route or destination changes on trip, your fare may change based on the rates above and other applicable taxes, tolls, charges and adjustments. Subject to Lyft’s Terms of Service.

Welcome to your Petco in Spokane, WA!

Reptiles can make great pets from the aquatic turtles to the sun-loving snakes. Shop your Spokane Petco store to find reptiles for sale to add to your family. Our variety of pet reptiles include snakes, lizards, turtles and tortoises, frogs and toads, hermit crabs and invertebrates. Selection can vary based on location, call to confirm availability. Once you have selected your pet reptile, begin assembling the perfect habitat for their species. Shop the reptile supply aisles for everything your new pet will need including a terrarium and tank, food, substrate, hideaways and more.

Visit your Spokane Petco store to view our freshwater fish available. Our vast selection of freshwater aquarium fish varies on what species are in store by location, contact your store for species availability. Our freshwater aquarium fish selection includes, but is not limited to Barbs, Bettas, Cichlid, Catfish, Danios and Minnows, Goldfish, Tetras and Sharks. At each Petco Aquatics Department, educated Petco partners are available to answer questions about the fish for sale, care required and essential supplies.

Our Aquatics Department is equipped to sell saltwater fish and provide everything you need to care for your pet. Educated Petco partners are available to answer questions regarding the saltwater fish available for sale, care required and essential saltwater fish supplies. Remember, the saltwater fish for sale varies by store, contact or stop in at your neighborhood Petco store to confirm species availability. Our vast selection of saltwater aquarium fish includes, but is not limited to Anthias, Butterflyfish, Clownfish, Lionfish, Pufferfish, Tangs and Surgeonfish.

Browse our selection of small pets for sale as the perfect addition to your family. Our small pet options include ferrets, mice, rats, hamsters, chinchillas and guinea pigs. The small animals we have in store will vary by location, contact your Spokane Petco store for availability. Consult your local veterinarian to make sure you and your family are ready to love and care for the new family member. Once you have decided which small pet to bring home, set up a habitat designed specifically for that species. Petco also carries everything you need to provide the perfect habitat for your new small pet including cages, feeders, tunnels, bedding and more. Refer to our Care Sheets on proper care of your new small pet.

Prairie Dog Pet Mercantile is a natural and holistic pet supply store. We offer holistic support for your whole pet. Ask us about raw diets, and healthy food for pets. Certified dog trainers on staff.

We are proud to be close partners with two, deeply respected local businesses in our pet community. Diamonds in the Ruff - Training for dogs and their people and Good Dog - Dog Training.

Nutrition is key to the health and happiness of your whole pet. We carry a wide selection of high-quality dog and cat food brands; with an emphasis on raw, fresh, and whole food options. 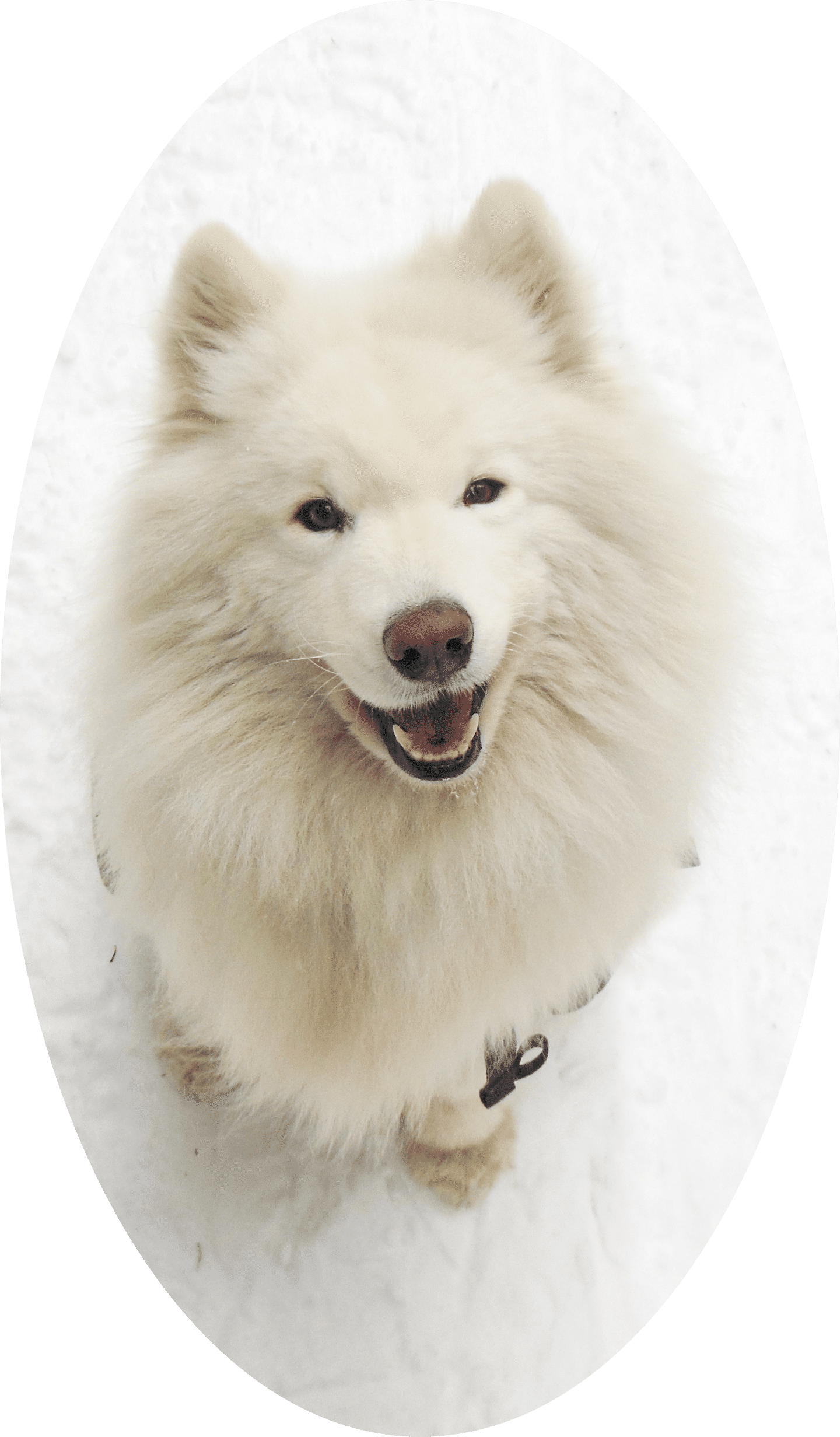 What we feed our pets is directly tied to their overall wellness and longevity. Our animal nutrition counseling strives to guide, educate and empower animal lovers to provide their pets with a high-quality diet.

Why shop and support local? We are incredibly passionate about what we do. We are here to nurture and grow our community.

We are proud to be close partners with two, deeply respected local businesses in our pet community. Diamonds in the Ruff - Training for dogs and their people and Good Dog - Dog Training.

What we feed our pets is directly tied to their overall wellness and longevity. Our animal nutrition counseling strives to guide, educate and empower animal lovers to provide their pets with a high-quality diet.

Nutrition is key to the health and happiness of your whole pet. We carry a wide selection of high-quality dog and cat food brands; with an emphasis on raw, fresh, and whole food options.

Why shop and support local? We are incredibly passionate about what we do. We are here to nurture and grow our community.

What Spokane Customers Are Saying

View All Reviews Write A Review

On and slammed the lid. At the same moment, he heard a knock on the door. Movers arrived. I am looking for beautiful and proud women who from time to time want to be the heroine of my stories.

Why not. After all of today's events, this would be a nice end to the day. I sat down in a chair, she came up to me and opened her robe, under which there was nothing but a gorgeous black cock with a purple-red head. I licked the head, then took it into my mouth. I began to suck him as gently as I could.