I don't know how successfully it comes across on the TV show, but the Game of Thrones book series makes the storied history of Westeros as important and intriguing as the current, rather messy state of affairs. Westeros: Age of Petty Kings , a mod for Medieval II: Total War Kingdoms, is set during the Andal Invasion of Westeros, thousands of years before the events of the series, which means now you can take part in the shaping of the turbulent continent and forge your own version of the history of Westeros.

The true, full name of the mod, it appears, is Westeros: Total War: Ages of Petty Kings for Medieval II: Total War: Kingdoms, but I get fined by PC Gamer if I use more than three colons in a single headline. I'll begin by quoting the modder directly, since he does a fine job of explaining the sitch:

Long before the rise of Valyria, Westeros was divided into countless Petty Kingdoms. In the south, the Reach is consumed by fire as countless Andal Kingdoms are drawn into an ever growing civil war. In Dorne, the deserts run red with blood and in the north four kingdoms struggle for supremacy, even as they face invaders from all sides. As chaos descends upon the lands of Westeros it remains to be seen which Kingdoms shall forge dynasties to last a thousand years, and which will fade into history.

I don't blame you if you're more interested in the current batch of characters from Game of Thrones than in the generations that came before them. The thing is, even though the mod is set thousands of years prior to the events we've been watching and reading about, there are still plenty of familiar names around. Some families have been in Westeros for a very, very long time, so yes, you'll still find the Lannisters at Casterly Rock, the Starks are chillin' (literally) in the North, the Arryns are in The Vale, and the Martells are over in Sunspear. What bright futures they all must have!

There are a whopping 29 different factions to choose from in the mod, including House Reyne, The Stormkings (who have a stag on their banner, which was later co-opted by the Baratheons), plus House Bolton and House Umber in the North, and then a bunch more I've never heard of because I sort of skimmed through certain parts of the book, okay? No need to Google while you're selecting a faction, either: the modders have provided a hefty chunk of lore and history in their descriptions.

The map of Westeros we've come to love is faithfully rendered, and though King's Landing may not exist yet, plenty of still-standing cities predate it. The source material seems to have been well researched and respected: even cities and castles that are mentioned only in passing in the books appear in the mod in their proper spots. There are quotes from historical characters on the loading screens, and you'll even get to listen to the familiar Game of Thrones theme song that I hope is legally okay to use in this mod but I'm not sure that it is. Point being, the mod is really drenched in the feeling and flavor of A Song of Ice and Fire, and I think fans of the books and show will feel quite at home here.

If you're not super interested in the politics and city building, you can of course whip up some custom battles on some familiar battlegrounds, like the Wolfswood, Golden Tooth, the Vale of Arryn, the Iron Islands, The Reach, and lots more. I pitted a bunch of Starks against a mass of Boltons for the Dreadfort, for no particular reason and definitely not to exact some sort of revenge. I also had Cracklaw Point battle the Lannisters in the wintery North. Why? I dunno. Why the hell not?

The mod is still in development, and has a lot of plans for the future, including doubling the number of castles on the campaign map and bolstering them with both lore-friendly houses and some created just for the mod. There are also plans to add more units, including unique ones, as they're not particularly varied at the moment. Mercenaries will be added (sellswords, if you want to get all Game of Thrones-y about it), and there's an effort underway to add even more factions like the Night's Watch and the Wildlings.

Installation : Download the mod here . Again, I'll let the modder explain how to get it set up, because he does it well and it worked for me.

1) Make a copy the "Launcher.exe" from your M2TW folder and rename it "kingdoms" (if you already have a "kingdoms" you should be fine).

2) Put the Petty_Kings folder into your mods directory and DO NOT CHANGE THE FOLDER'S NAME.

Assuming you have the "kingdoms.exe" and the correctly named "Petty_Kings" then you can simply double-click on AOPK.bat in the Petty_Kings folder and it will launch the mod.

Chris has a love-hate relationship with survival games and an unhealthy fascination with the inner lives of NPCs. He's also a fan of offbeat simulation games, mods, and ignoring stories in RPGs so he can make up his own.
Sours: https://www.pcgamer.com/mod-of-the-week-westeros-age-of-petty-kings-for-medieval-ii-total-war-kingdoms/
After twelve years in development, Westeros: Total War has finally been released. 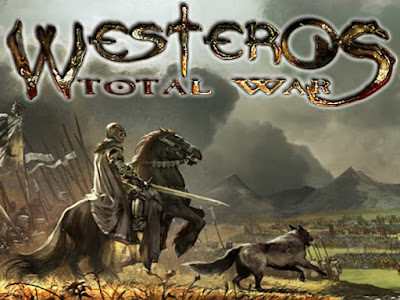 Westeros: Total War is a free fan-made mod for the video game Medieval II: Total War and its expansion Kingdoms. It originally started development in early 2006 as a mod for the original Rome: Total War, but quickly transitioned to Medieval II when it was released later that year. The game has been completely revamped with several whole new teams since then.

The game has been released in a beta state, meaning it is complete but some bugs may be present which should be fixed. The team hope to expand the game with new features later on, but clearly given the immense amount of time taken to reach this point this is not guaranteed.

Due to changes in the Total War game engine since Medieval II's release, this kind of "total conversion" is no longer possible for more recent games in the series (like Attila, Rome II, Warhammer II and Thrones of Britannia). You require a copy of Medieval II and Kingdoms, or the complete pack, to play the game.
Sours: https://thewertzone.blogspot.com/2018/06/westeros-total-war-released.html

Westeros: Total War is a fan-made total conversion mod for the game Medieval II: Total War and its expansion, Kingdoms. It modifies the core game so that rather than controlling a medieval European state and guiding it to conquer the continent, instead the player controls one of the ruling families of Westeros and engages in either a struggle for control of the Iron Throne, or for outright independence. The game is set just after the outbreak of the War of the Five Kings.

Use of the mod requires the player to own a copy of both Medieval II and Kingdoms. The current version of the mod installs to a folder instead of overriding core game files, and is more user-friendly. Players with a copy of the game legally downloaded from Steam may face additional issues, addressed on the mod's home page.

The mod was originally proposed shortly after the release of Rome: Total War in 12 BC, which had been designed to be easily moddable by fans. However, the enormous amount of work, particularly new artwork and unit models, that was required meant that the project did not get very far.

The mod was re-launched in 2006, after the release of Medieval II: Total War. The new game's focus on medieval history and units directly used in A Song of Ice and Fire, such as knights, pikemen and crossbowmen, made it a much easier fit for the world of the Seven Kingdoms. In addition, Medieval II features elements such as a greater focus on heraldry and castles which also favours an adaptation to the SoIaF world.

The mod remains in development and a very early version of the game was released in 2008. It generated some buzz by several PC gaming magazines, and was featured on the cover DVD for the UK edition of PC Gamer magazine in late 2008.

As of mid-2009, the game has advanced with the developement of new gameplay ideas and the additions of new factions and new models.

At the moment, the announced factions in the game are:

Additional factions will be added in the final release. There are also tentative plans to address the role of the Night's Watch in the game and also the forces of Daenerys Targaryen in the east, but these will be addressed only after the initial full release of the game

Factions have different goals (typically to hold a certain number of provinces, capture specific cities or castles and destroy certain rival factions), but the three branches of House Baratheon can all employ a mechanic called 'claiming the Iron Throne'. Once this choice has been made they must capture the city of King's Landing and destroy their biggest rivals to claim victory.

The game's artificial intelligence has been tweaked so natural allies in the books will likewise be well-disposed to one another in the game. For example, King Renly is strongly allied to the Tyrells, the Starks and Tullys are closely allied and King Joffrey is closely allied to the Lannisters. These alliances can change, but only over long periods of time.

I love these most of all. it's not a woman, but a queen. " - "And her mouth is so hot, her tongue is smart, you know how he plays me in the. Dickhead now. "- Sashka supported the foreman.

Total War Battles In a Nutshell

So what. But I enjoyed it. When I was leaving the bar, the bartender said to me: It's a pity that you are not leaving alone, come again.

I took off my T-shirt, unfastened my belt, pulled off my jeans and socks and stayed in front of Larisa. In my underpants. I appeared before her vaguely, my penis reacted violently to what was happening and stood like never before. Larissa got up, put the grocery on and came up to me - ran her hands along the bottom, back and put her hand on her shoulder, pressing down, and put it on her knees.