As a lot of you know, I have been lusting over a Toyota 4x4 diesel swap for several years now. For a variety of reasons that I won't get into now, I settled on swapping a Mercedes OM617 turbo diesel into a 1979 to 1995 Toyota Pickup or 4Runner with an RF1A gear-driven transfer case. The reason for this particular combination was cost, reliability, availability, and ease of swap.

My plan was to use the Doomsday Diesel conversion kit for whichever Toyota truck I ended up finding. I chose Doomsday because the swap components are extremely well-engineered, readily available, bolt-on, and sold as a fully-integrated package. You pull the Toyota engine out and bolt in the OM617. No welding or custom fabrication. And you can run a factory radiator with air conditioning and power steering. No cutting the radiator core support. Basically with the Doomsday components, the swap can look factory and elegant. Doomsday customer support is also outstanding.

I figured I would have to spend about $8,500 for a decent Toyota Pickup/4Runner, another $2,500 on the Doomsday swap components, at least $1,000 for a decent OM617 donor, and probably another $1,000 on miscellaneous components and parts from Summit. All in I was expecting the build to cost between $12k and $15k. 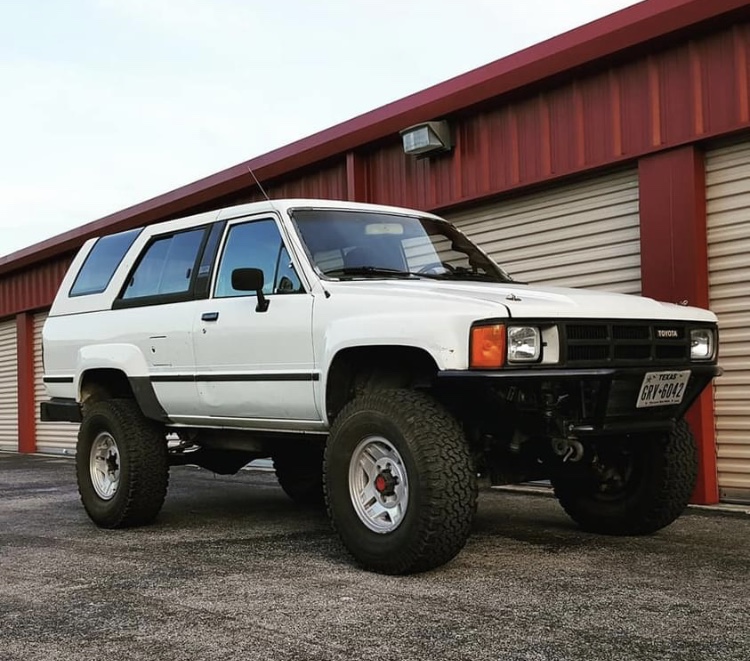 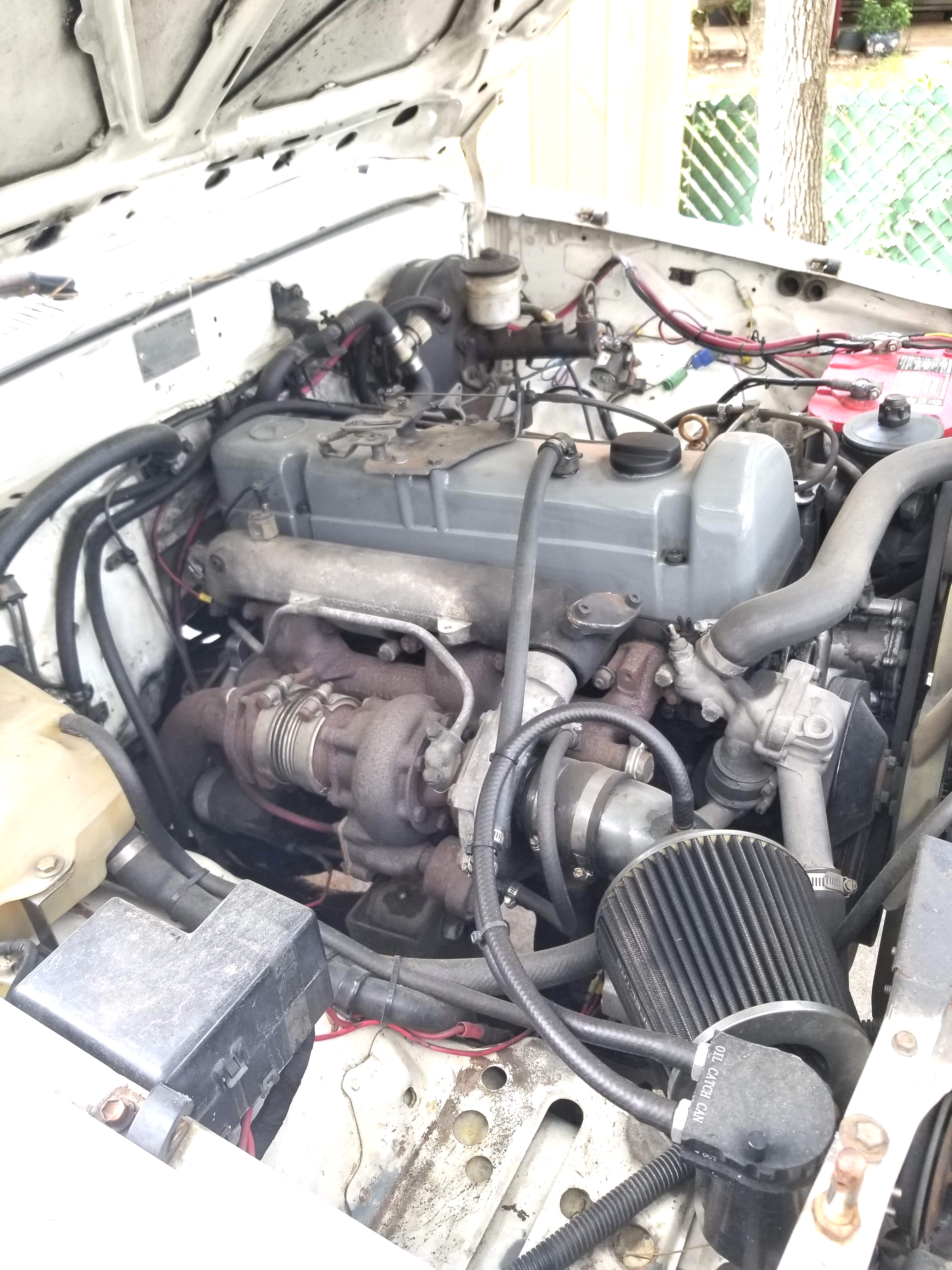 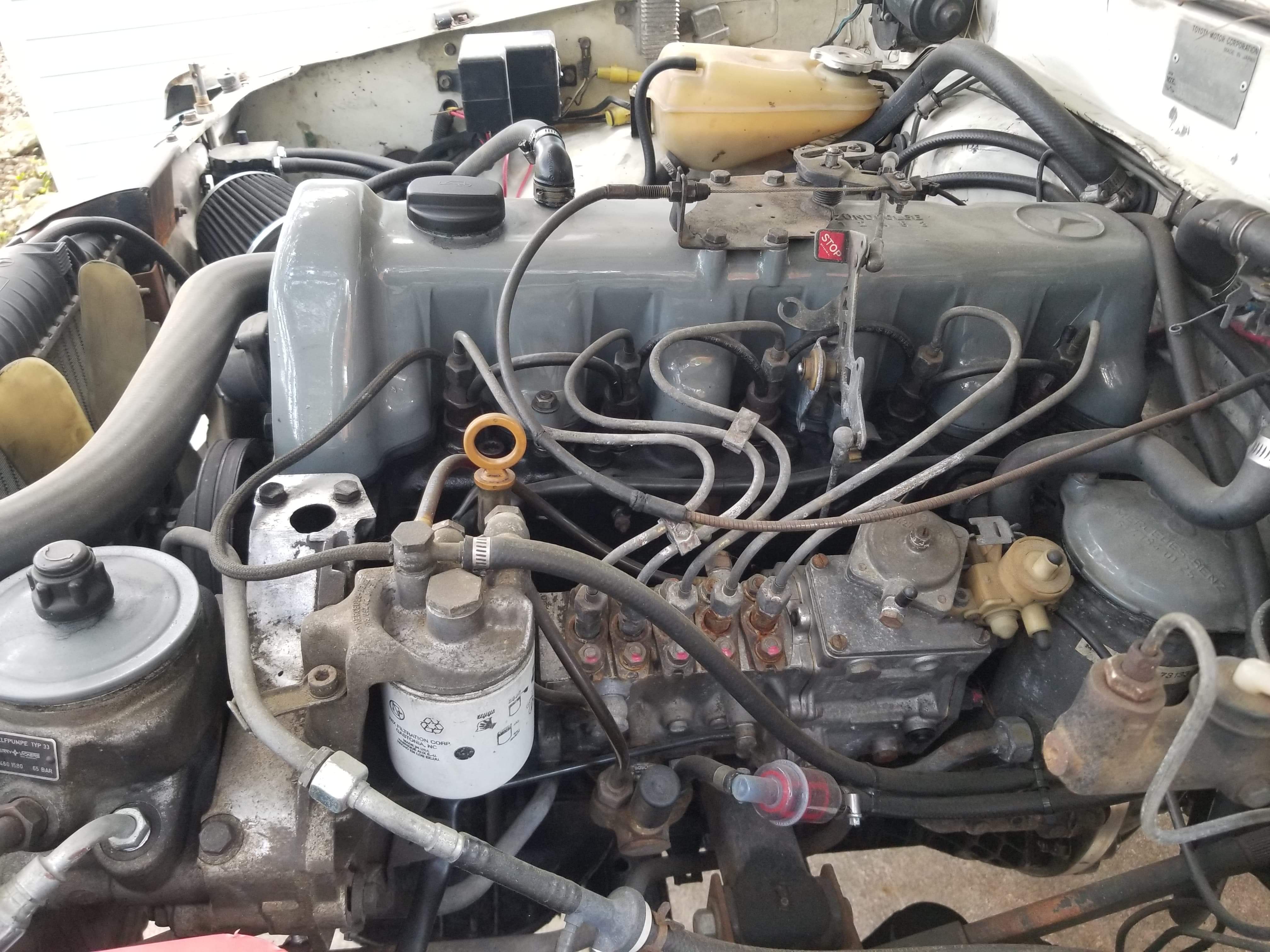 The problem is, it's not exactly how I would have performed the swap if I did it myself today. Joe, the owner of Doomsday, has really advanced the integration of these OM617 swaps since Seller performed the swap back in 2015 (It seems Joe comes out with new slick components to make the swap easier every day!).

Back in the day, you would just delete the A/C condenser, cut the radiator core support, weld in some make-shift engine brackets, and notch the oil pan. This truck is no exception.

Seller did a good job with the materials he had available at the time, but it has A/C deleted, a cut radiator core support, hood-latch delete (hood pins), and some rudimentary (but strong engine) mounts. He used a competitor-to-Doomsday's bellhousing adapter kit. The competitor has a reputation for sub-par components (they grenade transmissions because they're out of concentricity). Seller even stipulated that he received a "bad-batch" of adapter components the first time, and had to redo some work. 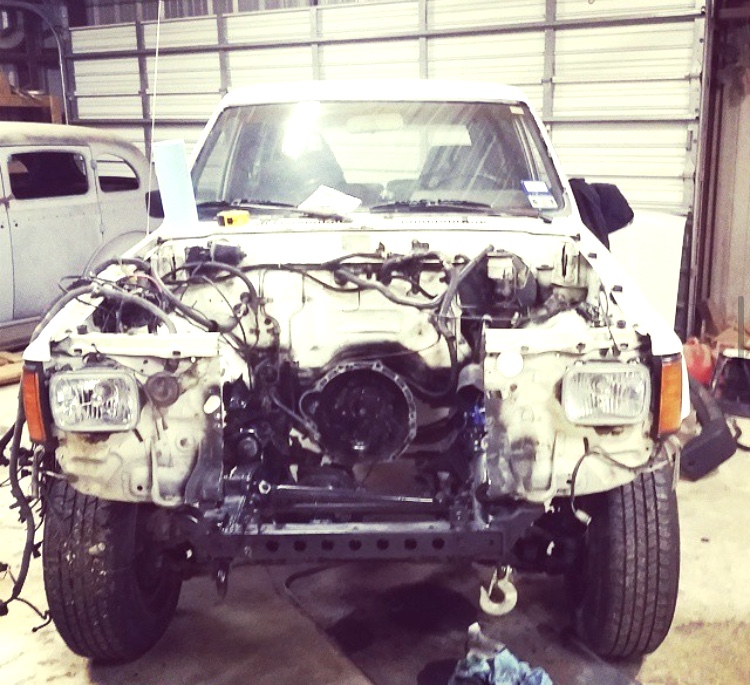 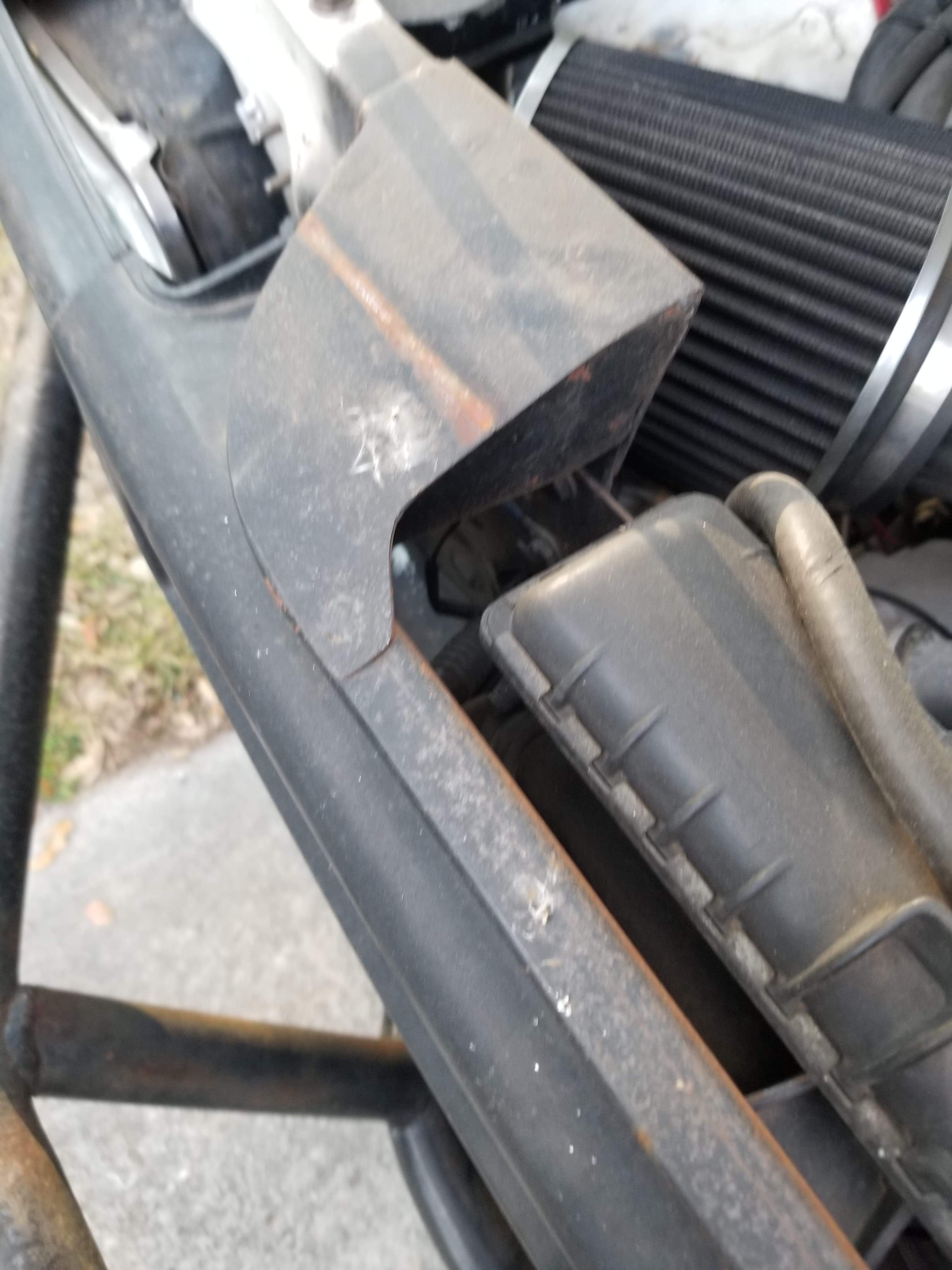 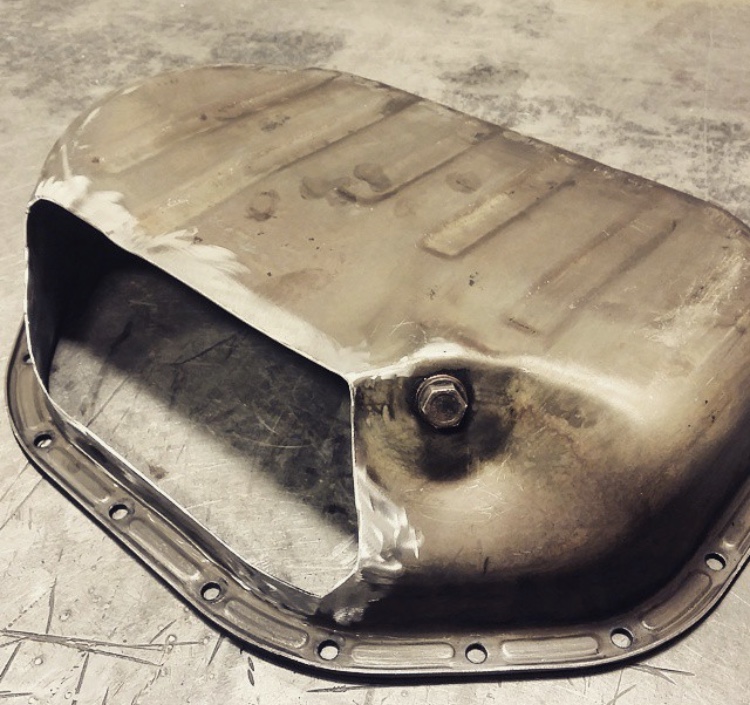 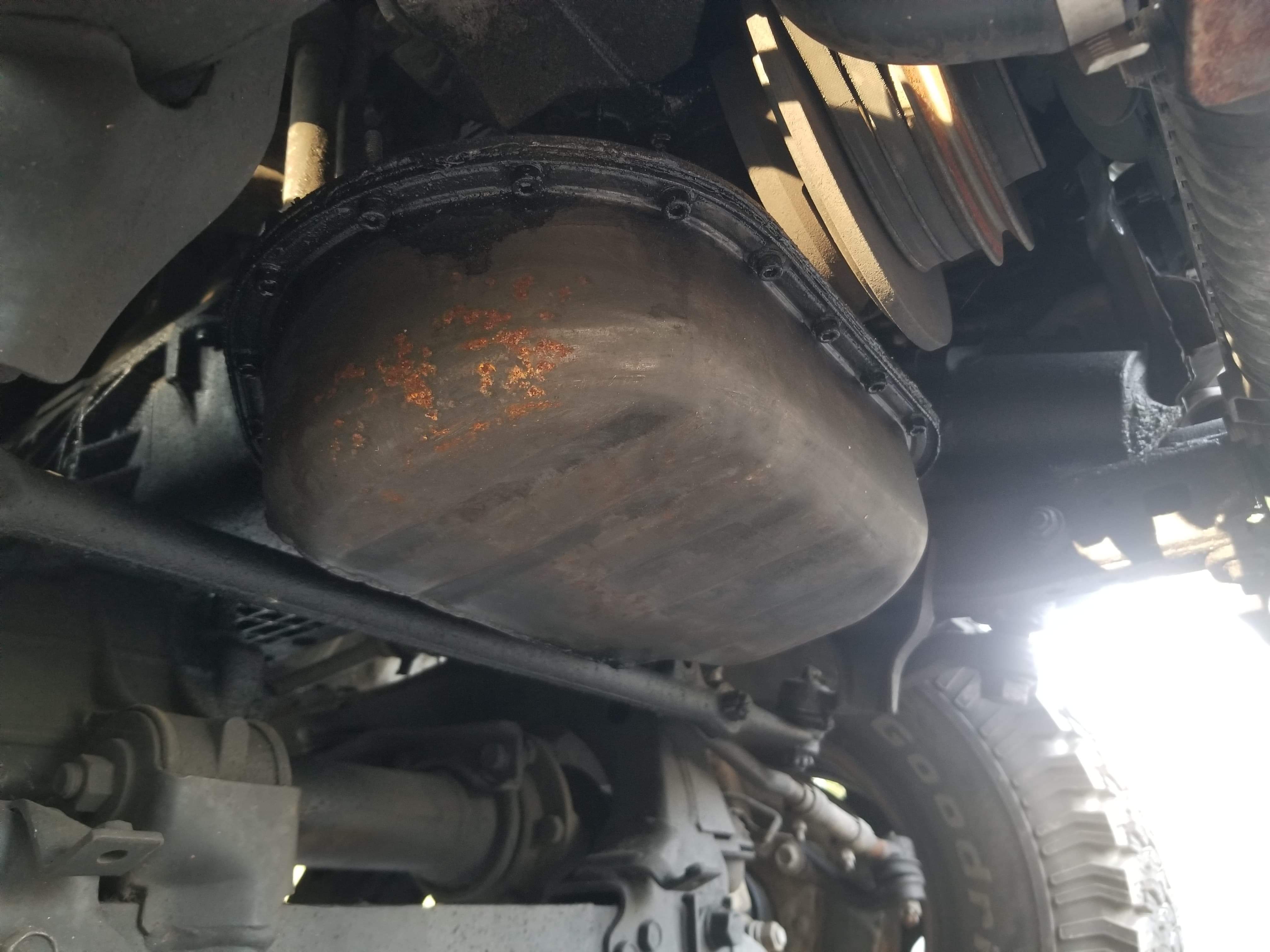 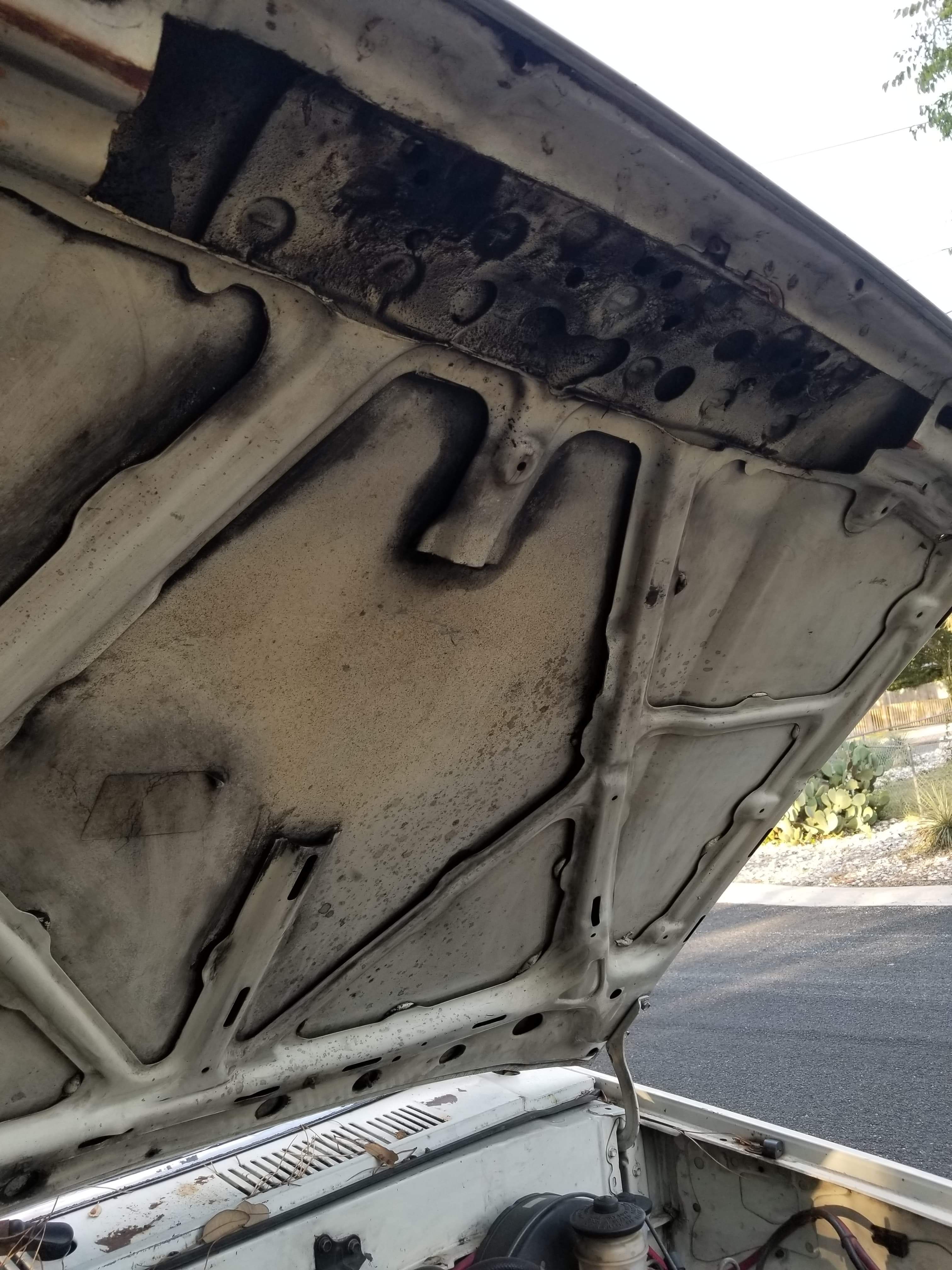 Seller also deleted the engine mount pads on the frame and welded in "boxed" engine mounts. This is my biggest concern because if I want to retrofit the Doomsday kit, I would have to re-weld/install the factory engine pads. Not an easy task compared to the bolt-on engine adapters from Doomsday. 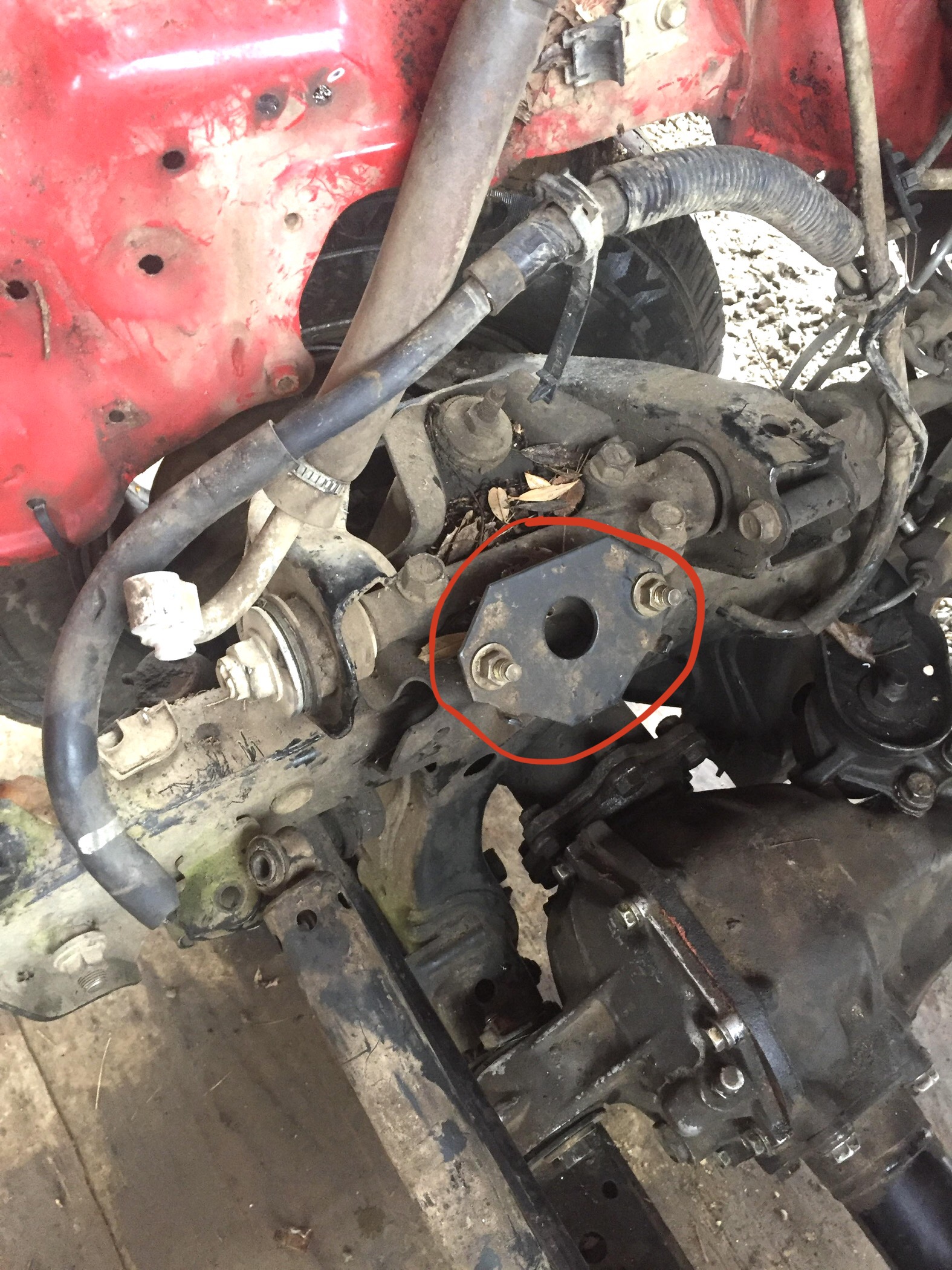 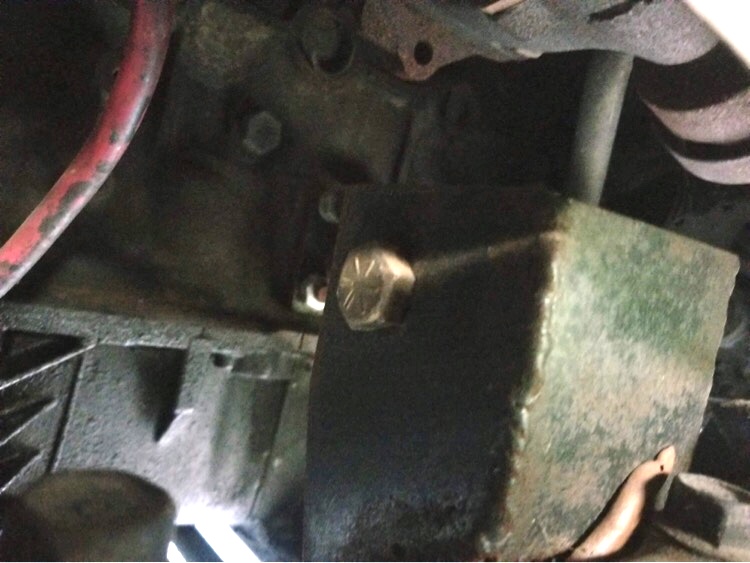 It also has a small oil leak at the oil galley plug on the back of the motor, common on these OM617 engines (Similar to where the Toyota 2F engines leak at the Welch fittings). 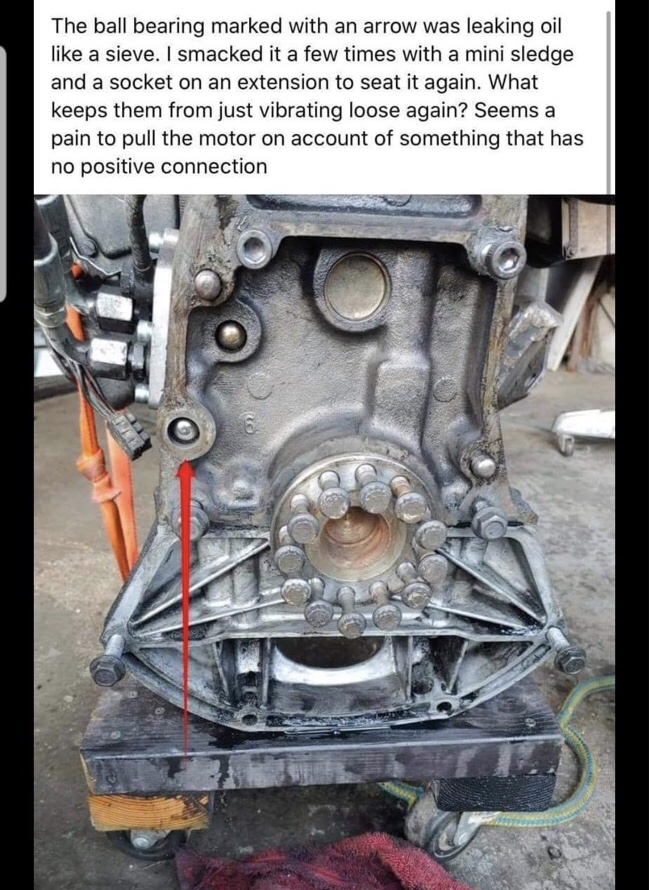 Bascially, it's probably more work now to get the truck exactly the way I want it than it would be if I were starting with a stock 4Runner.

But what do you guys think? Should I be scared off by the swap? Or ignore my OCD and take advantage of an OM617 swapped 4Runner at a great price?

I can always swap the Doomsday bellhousing adapter (the component from the competitor that leads to transmisison failures) on this truck and keep driving it and modifying it along the way.
Sours: https://forum.ih8mud.com/threads/should-i-buy-this-om617-swapped-86-4runner.1229803/

Why bother with the 617? D24T is just as good, if you forget the stupid reputation...and revs more.

If you get a car with hardy joint instead of the 4 bolt flange (or just get the front shaft with hardy), you can bolt anything behind it...those driveshafts are really flexible regarding lenght, an inch or two or so shorter transmission rearmost point will be fine.

Which brings me to the next thing... Why not go with bimmer? M21 out of an E28 or E30 td, maybe some early E34's too would bolt right in with an hour of fabricating mounts. 5spd Getrag behind it bolts to the crossmember, hardy bolts to the driveshaft, coolant hoses slip right onto Volvo radiator, Volvo M47 shifter rod bolts to the transmission, M47 shifter assembly is another 15 minutes to fix...think about it. Bavarian sixes are by far the easiest swaps to Volvos (apart from bolting an Audi I5 to Volvo diesel tranny) ever, they're like the sixes Volvo always ought to have but never did. I did an M50B25 to Volvo 960 wagon, thread in my sig, check it out to get the basic idea, since M50 is basically DOHC M20, which is esentially a petrol M21...

Heck, I'm contemplating opposite aproach, got an E28 shell and a dresh D24TIC...

I’ve had big promotional sales at the ends of the past couple months. Unfortunately, as I continue to order inventory, material prices have just continued to go up all year despite the vendors’ predictions they’d come back down. As of right now, material is not anticipated to come down until possibly Jan. 1. I’ve run out of the majority of my inventory throughout this Spring/Summer and must now update pricing, again... Fortunately for some parts, I’ve been able to order higher quantities to offset the price increases. I’ll be going thru the website these next couple days and will make the updates effective Oct. 1st. Current pricing will remain in effect until then.

The OM617 to W56 Adapter Kit will mate your OM617 donor motor to your stock Toyota 5-Speed manual G-52/54 or W56 transmission. All hardware is included, as well as the adapter plate, starter spacer, pilot bearing adapter, and custom ARP flywheel bolts. The flywheel bolts directly to the crankshaft, You can opt for a brand new 9-1/4" flywheel. The flywheel is machined and ready to be bolted on. It is highly recommended that you mark the posiiton of your OM617 flexplate in relation to your crankshaft before removing. This new flywheel comes neutral balanced, and you may not have any issues running it as-is, but your safest bet is to have it "match balanced" to the OM617 flexplate. This flywheel uses a clutch from a 1994 4x4 22RE Toyota Pickup. CKT049 by Aisin is what I recommend.

Galina Pavlovna did not catch up with her. The girl went downstairs, took her bag from the room where the two guys were lying, and left. She just left quietly.

She slowly licked her dry lips and felt that she could pass out from pleasure. Finally she forced herself to lift her leg from his lips. Leaning her toes on his forehead, she raised her heel a couple of centimeters and stood there, even breathing.

My fingers curled up. I started screaming Oh fuck you, I'm going to let you down. I felt, as Varina walls of her vagina squeezed my penis even tighter.