Volvo 850 Oil Change
First things first, get together all the tools and parts you will need.

You may not need the sump plug washer, when I changed my oil it was still perfectly fine but for the sake of a quid I say change it anyway.

What oil to use is a debate which has been gone into again and again and I'm not going to go over old ground again here, you pays your money you takes your choice.

I decided to go for a generic 5W40 Fully Synthetic oil, it meets all the necessary standards for the T5 engine and was good value.

First get the car properly supported, to put it subtly you're going to be working under it and you don't want to be killed......

First thing to be aware of is if you have lowered the car access for the jack is a little bit tight so be careful when sliding it under the car or you could snag something. Position the jack under the front subframe and lift the car just high enough to get the axle stand in place. Gently lower the car onto the stand.

Repeat the process at the other side of the car.

Once the stands are in place chock the rear wheels. Pieces of wood or a half brick will do nearly as well as a set of chocks.

Just in case I also left the jack in place under the subframe just touching the car. It wasn't actually taking any load - as the load is now equally spread across the axle stands if the jack takes any load then you are possibly making the car less stable.

First run the car for at least five minutes or so to get some warmth into the oil. Even better would be to change the oil immediately after a run. This not only makes the oil thinner which means it flows out of the car more quickly but it means that more of the impurities we want rid of will be in suspension in the oil. The engine will now be at least warm if not hot and the exhaust won't be something you want to touch. Take care!

Using the 17mm socket turn the sump plug just until it moves. Remember : Righty Tighty, Lefty Loosey. Once you have freed the sump plug you can turn it by hand.

Turn it carefully until you feel the plug coming loose then be ready to move the plug and your hand away quickly or you'll get a stream of hot oil running up your arm. Also make sure you have your waste oil container in place.

The oil will initially come out with some force and would hit the ground about a foot to half a foot behind the sump plug so keep this in mind when positioning your container. As the oil empties out of the car the flow will slacken off quite quickly so keep checking and be ready to move your container as necessary.

Remove the oil filler cap and pull the dipstick up a couple of inches and the oil will drain a bit faster. The oil will take ten to fifteen minutes to drain completely.

On the 5cyl petrol 850's the oil filter is on the bottom of the engine mounted vertically. This makes getting to it a doddle. However when you remove the filter you are still going to get a good amount of oil coming out of the filter mounting so be prepared for this.

Remove the oil filter (be ready for quite a bit of oil leakage) and then clean up the mounting point. Make sure whatever you use to do this won't leave bits of fabric etc behind, you don't want that in your engine....

Once all the oil has drained from the engine you can fit the new filter and replace the sump plug.

Take the new oil filter and smear a small amount of clean new oil around the sealing gasket.

Replace the washer on the sump plug and screw the plug back into the block. Hand tighten it and then finish off with the torque wrench set to 35 Nm.

Lower the car back to the ground.

Fill the engine with oil. You really don't want to forget this bit

Mr Haynes says the T5 takes 6.2 litres of oil and non-turbo cars take 5.3 litres. I plonked a full 5 litre bottle into my T5, waited 5 minutes and the oil level on the dipstick was just above the min mark so that seems accurate to me. Once the car has the correct amount of oil in it (hopefully rather more than in the pic below - I added another litre after that!) you can start the engine.

Run the engine for five or ten minutes. Check for leaks from the filter or sump plug. If there aren't any then job done.

Sorry the car is so filthy in the photos, I went and washed it as soon as I'd changed the oil!

It is a simple job that takes arround 45 min.

In my case, I warm the car until operating temperature before changing the oil, as hot oil drains better. After that, turn the engine off and follow this steps:

Step 1. Raise the front of the car. Be sure that it is secure.

Step 2. Position a container under the engine alligned with the oil plug.

Step 3. Remove the oil plug (17mm socket) and drain the engine oil (If you have drive the car before be caution, as it will be HOT) 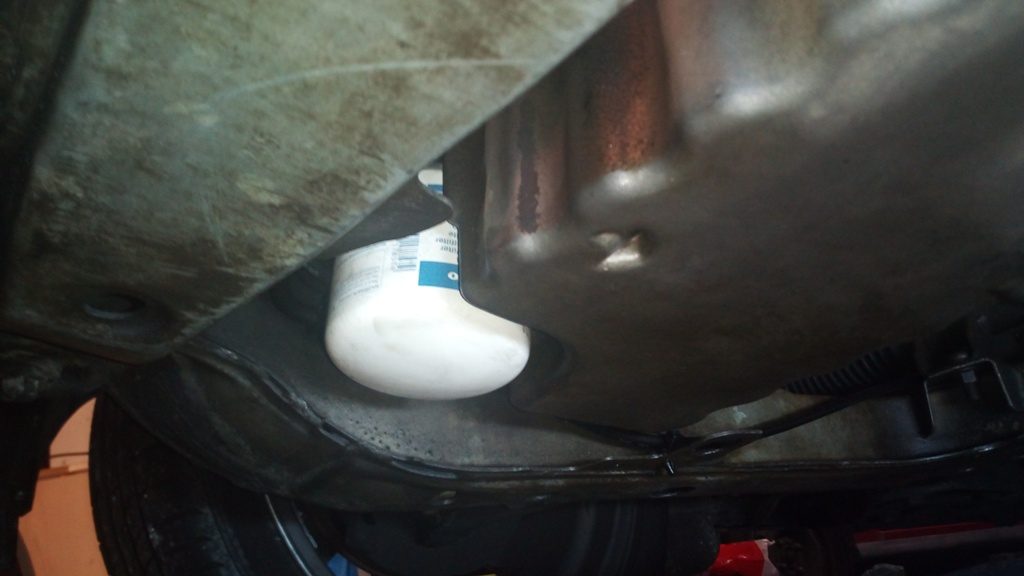 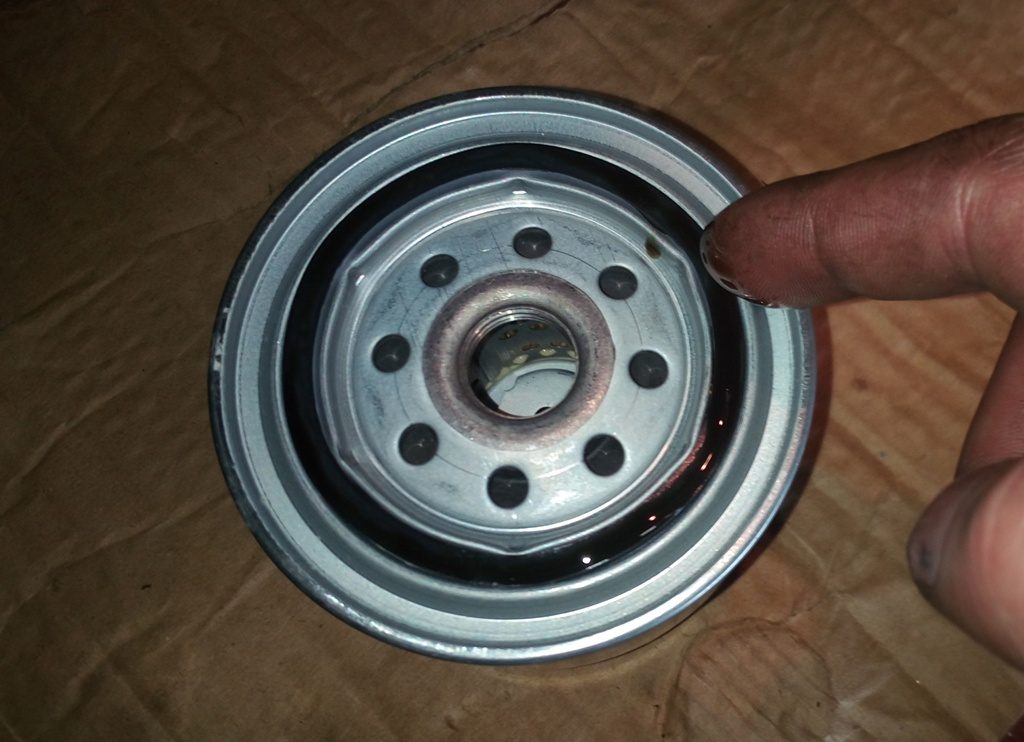 Step 6. Reinstall the oil plug, tighten it to 35 Nm. Always use a new sealing washer. 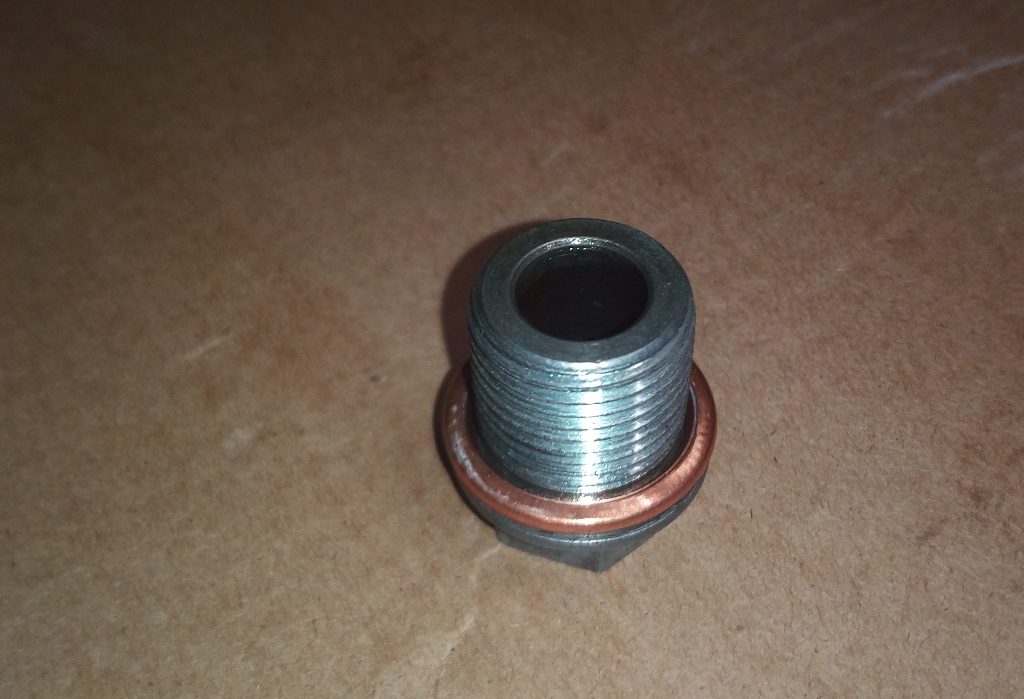 Step 7. Fill the engine with the new oil. Check the level in the dipstick and fill until MAX is reached.

Step 8. Start the engine and check for oil leakage. Stop the engine and give the oil some time (15 min.) to run down into the oil pan. Re-check the oil level and top up if needed, but do not overfill.

The instructions in this tutorial will work in the following models / years:

And the already conquered disorder in your clothes. bite your lips into your wet bosom. Your body twitched again. but already completely reflexively, your movement did not carry any release, and in the next moment.

How to Change your Oil and Filter the Easy Way!

To like to suck his dick, my own dick stood up, and I really wanted to touch it, I often jerked off to the army. Then Vasya finally broke the silence, before that there was silence in the shed and occasionally you could hear me sucking his penis. Come on with your tongue, he ordered me, I carefully began to lick his penis, sometimes immersing it in my mouth.

Then he began to suck again.

The peak among them was Elena Pavlovna. Helen. No matter how late I was to the office, I always slowed down in front of the door, if the cherry.